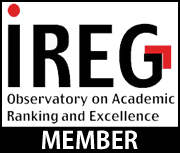 Improving the quality of international and national ranking of higher education institutions.

Currently there are more than 40 organizations as part of IREG representing the UK, Germany, Denmark, Spain, China, Kazakhstan, Lithuania, Poland, Romania, Russia, the US, Taiwan, France and other countries. A complete list of IREG members and detailed information about the Group can be found at IREG